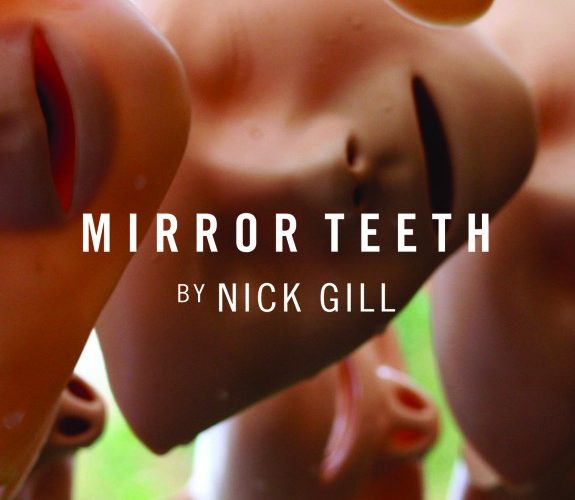 “You might at least say thank you, Jenny. I’ve been out digging a hole for your boyfriend all night. Not to mention severing his legs. Have you ever severed a leg? It’s not as easy as it looks. Not with a blunt spade.”

Jane is a housewife. James sells guns. They live in one of the larger cities in Our Country and are both terrified of ethnic youths who might well be wearing hoods and carrying knives, or something. All is well in the Jones household, until their sexually frustrated eighteen-year-old daughter Jenny brings home her new boyfriend, Kwesi Abalo …

A visceral, smart, brutally hilarious play about prejudice, arms dealing, and what it means to be English.

mirror teeth was first seen as a staged reading as part of the original Vibrant: A Festival of Finborough Playwrights at the Finborough Theatre in 2009, and was written with a grant from the Peggy Ramsay Foundation. It has been translated into French and Portuguese, and has been performed in France, Brazil & Switzerland.